History was made during the last provincial by-election. In the Mount Pleasant riding, Melanie Mark was elected, and she is the first indigenous woman to be elected to British Columbia’s legislature! Melanie has deep roots in the community and is dedicated to working to address the issues for this riding, while representing the BC NDP’s. 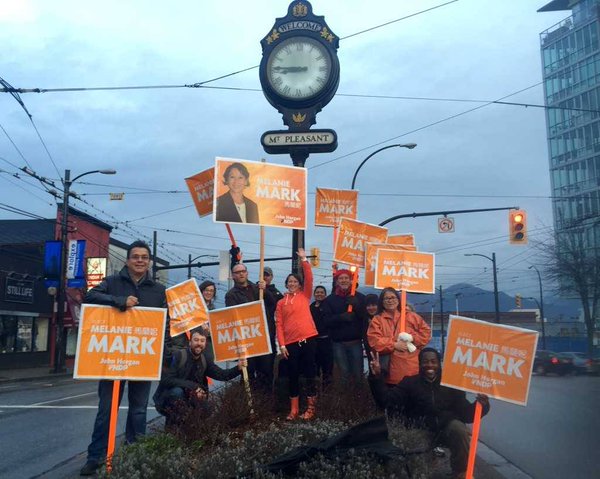 One of CUPE 1004’s member’s, Andy Healey, who regularly works at the Portland Hotel Society and was booked off by the local for one month to dedicate his time to helping Melanie Mark’s NDP campaign. Some amazing things that Andy was able to coordinate include coordinating in the Downtown Eastside on election day, hundreds of unregistered voters had a chance to access democracy in the historic by-election. This is just a part of the great things that he was able to do to help the campaign.

Thank you Andy for your hard work and dedication!